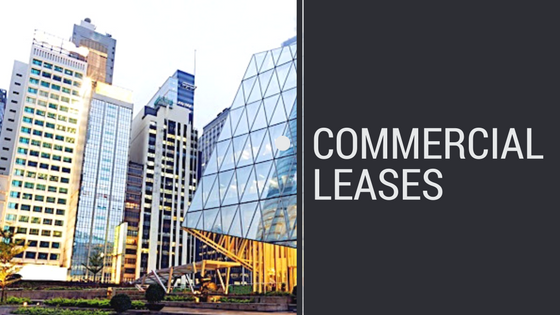 Drafting a commercial lease is complicated. There are a number of factors to consider and an array of options with respect to structuring the deal. The old “location location location” adage is very much in play when negotiating these leases. This article discusses a few of those factors, foot traffic and breakpoint.

When a tenant negotiates a lease with a landlord because the location has significant foot traffic, like a mall, then the amount of foot traffic bears significantly upon the negotiation. In high foot traffic areas like Cherry Creek Mall or the 16th Street Mall, tenants want to place responsibilities on the landlord in the event that foot traffic decreases. Operators of such malls are able to woo tenants and charge high rents because of foot traffic volume. Tenants want to keep it that way. When negotiating a lease in such areas, a tenant should demand a clause that targets foot traffic. That is to say, a tenant can demand that the mall have an overall vacancy threshold. If the mall’s vacancy falls below the threshold, the tenant will have remedies. Depending on the circumstances and the negotiation, the tenant can demand the ability to break the lease. Another prophylactic remedy is to tie rent payments to vacancy rates. For instance, a tenant can create a 75% threshold wherein any vacancies below 75% allows the tenant to reduce rent payments by 25%. This is justified because the tenant wants to be in the mall because of the high foot traffic. Similarly, a tenant can negotiate a clause with respect to anchor store vacancies. Anchor stores drive significant foot traffic from which other stores in the mall benefit. If the anchor stores go, then the mall takes a hit. For example, a tenant might be able to break the lease or reduce the rent if two or more of the anchor stores vacate the premises.

Another negotiating option is tying rent payments to the performance of the tenant’s business. The parties can negotiate a base rental price that is relatively low and then create a formula wherein the tenant pays the landlord a percentage of earnings that are above a certain point. That point is known as the breakpoint. If the tenant’s sales do not reach the breakpoint, then there is no payment above the base rent.

For questions about landlord/tenant law or other real estate legal needs in Colorado, contact the Law Offices of Eric L. Nesbitt, P.C. at 303-741-2354 or Info@NesbittLawOffices.com.

Colorado is clearly a leader in the pot market. With the legalization of Marijuana came new real estate opportunities for those in Colorado. It created a market for recreational drugs that is unique, bringing in a surge of new customers into the state. It has also created questions about how marijuana affects the rental market.

Currently, the price of pot is declining. At the same time, the market for industrial space is also declining in the Denver area because those leasing space for pot have found cheaper alternatives in other locales. Therefore, if you leased space in the Denver area for a pot warehouse and would like to move the warehouse somewhere else, the terms of your lease may make it difficult to do so.

Initially, marijuana farms created a greater real estate demand in the Denver area, pushing the prices of real estate higher in an already overheated Colorado real estate market. Using industrial space to grow pot by using heat lamps can get expensive. In response, growers started to spread to other areas of Colorado where the rental space and properties are cheaper.

If you find yourself needing to break your lease so that your pot business can thrive, there are some considerations. In general, signing a lease obligates all parties to fully comply with their respective side of the deal. A bad deal or changed circumstances, by itself, usually does not allow someone to legally break the lease. However, if you are “constructively evicted” then, under Colorado law, you may be entitled to break your lease.

A constructive eviction occurs when there is a major repair problem or the facility does not meet health standards. Therefore, if your warehouse needs repairs or is not up to standards, you may be entitled to break your lease and move operations to a more cost-effective area.

Involved in real estate in Colorado? Rentals? For these or any other questions about real estate law in Colorado, contact Eric L. Nesbitt, P.C. at 303-562-1580. 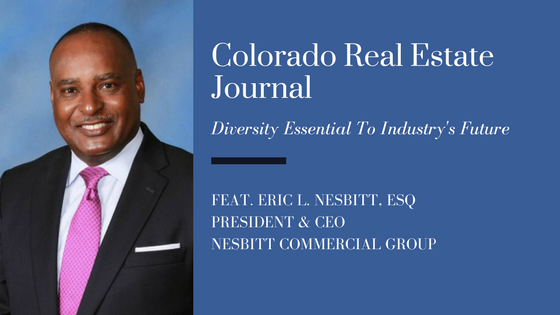 Although there are many changes in Colorado recently, what hasn’t changed is the lack of minority brokers in Commercial Real Estate. In Colorado, it’s partly a function of population – 21 percent of Coloradans are Latino, and only 4.5 percent are black/African-American. Even so, the percentages of minority brokers are even lower, with some large Denver brokerage firms having only one or fewer minority brokers.

One the reasons minorities may be underrepresented in commercial real estate is because it’s not a profession people know about in college unless they have family or friends in the industry, which is dominated primarily by white males.

“I think the lack of mentorship is critical,” said Nesbitt. “We all need assistance sometimes in corporate America maneuvering and navigating the right way to do things, and sometimes when you’re in a room and no one looks like you, that can be very intimidating.”

Nesbitt said he’d like to see 10 to 20 percent minority representation in some of the large brokerage firms a decade from now, while Wynne said he’d be happy if there were “at least 20” minorities in the Denver commercial real estate industry by 2027.

“Diversity of people brings diversity of thought, experiences. That just makes for a richer experience altogether,” he said. To read more about this article, click here https://crej.com/news/diversity-essential-industrys-future-insiders-say/.

Much like the residential market, the commercial lease and sale arena is on fire with no signs of slowing in the upcoming quarters. The stats for the sub catagories of the commercial office market are as follows:

In summary, the commercial office real estate market is in line with the residential market holding on the steady upward trend. Values are high, vacancy is low and there are no signs of slowing. If you have questions about a specific market area please contact a member of our team for a detailed analysis.

Cap rates also increased in 2013, rising from 7.35% in 2012 to 7.88% in 2013.
With vacancy on the decline and rental and cap rates steadily rising, 2014 is an ideal time to invest in commercial office buildings and condos. The market is on an upward climb and this trend is only predicted to hold steady in the upcoming quarter and throughout the year.